View of the Citarum river near Cikarees, Bale Endah district, Bandung regency, Indonesia. Bulldozers have dredged sludge and trash from the riverbed and piled it up on the banks. ..The Citarum river, which runs about 270 kilometers through the province of West Java, is considered to be among the world's dirtiest. Over the last twenty years, the river has been severely polluted by toxic industrial waste, trash and raw sewage. The Citarum is one of the main sources of freshwater for West Java and supplies about 80% of water for Indonesia's capital Jakarta. 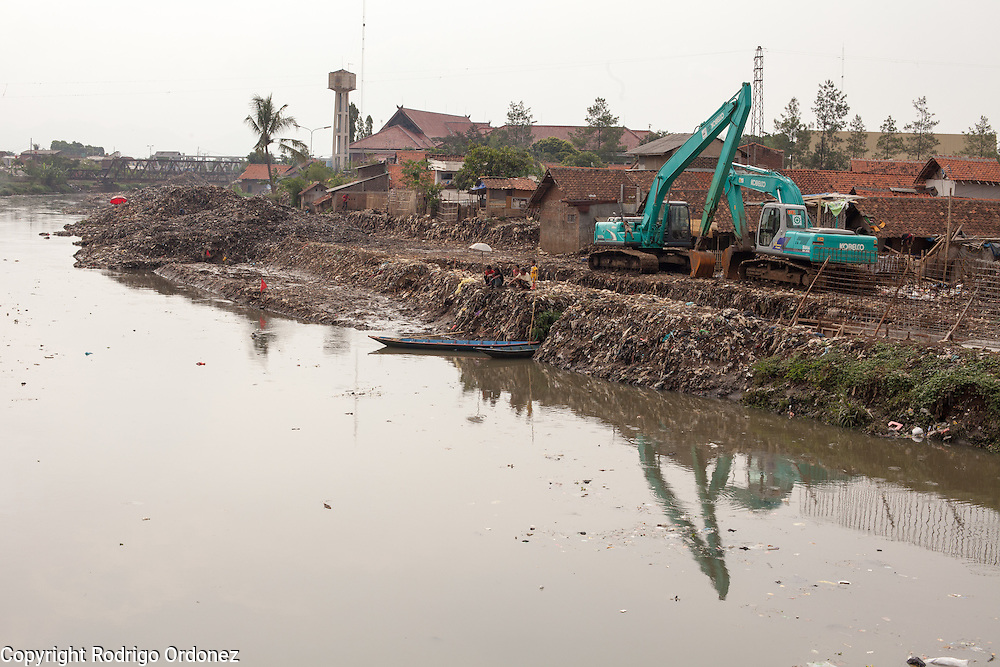