Mr Asep, 48, actions a hand pump to fetch water from the well in Kampung Bolero, Dayeuhkolot district, Bandung regency, Indonesia. Since residents from this area can no longer use the water from the Citarum river, they must use underground water, which is often contaminated because of filtrations, or buy bottled water. ..The Citarum river, which runs about 270 kilometers through the province of West Java, is considered to be among the world's dirtiest. Over the last twenty years, the river has been severely polluted by toxic industrial waste, trash and raw sewage. The Citarum is one of the main sources of freshwater for West Java and supplies about 80% of water for Indonesia's capital Jakarta. 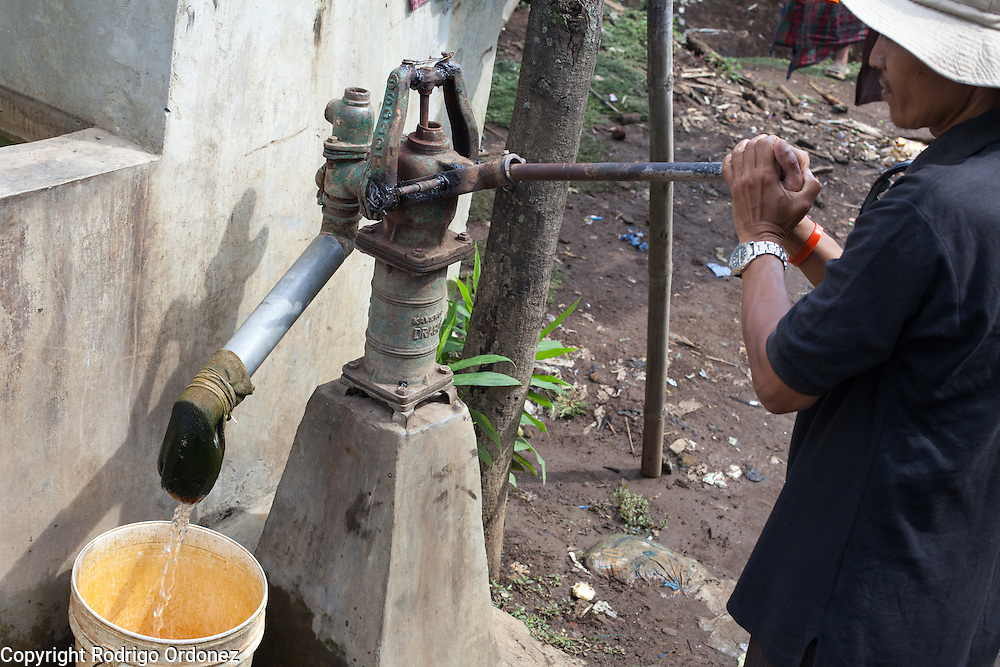